On picky eating and cooking and Instant Pots

Last year, for Christmas, I asked for an Instant Pot. As a human who also happens to be a mother and a user of online media (social and otherwise) it is almost impossible to escape the fervor around the Instant Pot. Its virtues are extolled across mommy blogs and food blogs and on every corner of Pinterest. They. Are. Everywhere.

In the six months that my Instant Pot has lived in my kitchen, I can count on two hands the number of times I've used it. I'd say that I've been 75% satisfied with the results. I've never once been blown away and a few times I've been fairly disappointed. But that doesn't really account for why it's collected more dust than uses.

A few nights ago, as my two girls (currently a week shy of 5 and 18 months, respectively) ate dinner at the kitchen island, I sauteed onions. To them I added chicken, which I braised before adding chicken stock, homemade sofrito, and a bit of tomato paste.

Then I moved to the bread. I took the dough, made the night before with my older daughter's help, out of the refrigerator, braided it, and set the loaf on the counter to rise.

As I did this, I talked to my older daughter about her gymnastics class and clapped as my younger daughter worked on mastering use of a fork. When the oven was heated, I put the bread in the oven.

The chicken sofrito was simmering on the stove and the bread was baking by the time I took the kids up for bath. The house smelled like food. Bread and chicken and tomatoes and spice.

My oldest child is a picky eater. Maybe not the pickiest eater ever, but very picky. The easy reaction to that would have been to feed her a steady diet of Dino nuggets and bread, but that's not what I want for her. I want her to grow up to be adventurous. I want her to grow up knowing that food is experiential. That it's a rich, robust, and nuanced expression of a culture and heritage. That you can learn so much about a people and a place and yourself simply by experiencing tastes and textures and smells.

So my reaction to my kid refusing to eat anything was to cook... everything. 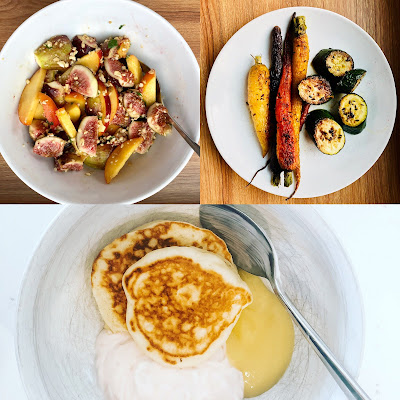 It's not that I make her eat all of it. I'm a realist. A lot of things I don't even bother trying. But food doesn't always have to be eaten to be experienced. Smells, textures, the mixing and combining, the feeling of fruit and flour in your hands, the sound of oil as it snaps in a pan. The magic of watching bread rise and onions turn golden in a hot pan and peaks of white meringue whipped out of egg whites. Cooking is the way that we experience food with all of our senses. To limit the experience of food to eating feels like a terrible waste. 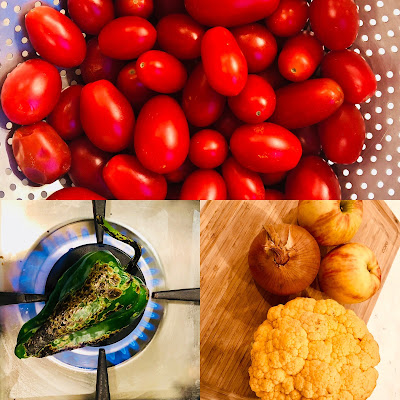 And this brings me back to the Instant Pot. The value of the Instant Pot lies in its "set-it-and-forget-it" mindset. Heat and pressure allow you to toss a handful of ingredients in, seal the lid, and "like magic" have a meal some 30 minutes later. The problem with this approach is that you miss all of the magic: the smells, the textures, the sounds. You miss the magic of interacting with your food in all the ways that come before eating it. 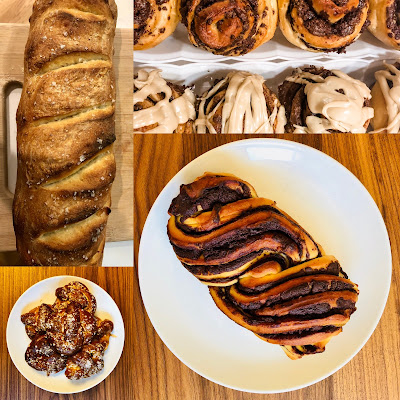 As the mother of two young children who also happens to work full time at a demanding job, I'm bombarded not only by blogs extolling the virtues of Instant Pot, but by countless ads and articles promising to simplify my life with meal kits and delivery services. Blue Apron and Hello Fresh and the myriad companies that have followed in their footsteps, each trying to carve out their niche of the market but all essentially selling the same promise: we'll do everything but cook it.

But like the Instant Pot, for me, these services take away elements of how I experience food: the firmness of apples right off the grocery shelves, the spray of water as I pick up a head of lettuce, the way the produce section smells in early summer when peaches and plums and apricots burst onto the scene. The measuring and tweaking of a recipe. The fun in discovering new flavors and textures and combinations based on my own preferences. 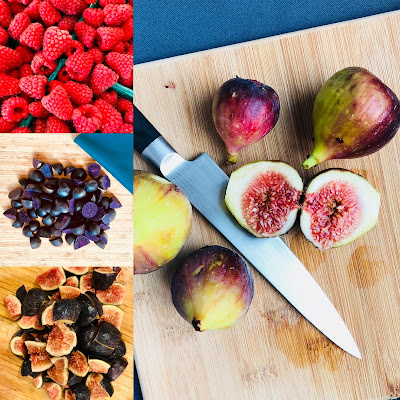 Please understand, dear reader: this is not a judgement of the many people for whom the Instant Pot is a divine gift or the people who are exploring cooking for the first time thanks to meal kits and services. But for everyone who looks at my Instagram or who comes to my house for a meal and feels compelled to comment "I don't know how you have time for this!" –it's not that I have time, it's that I make time. 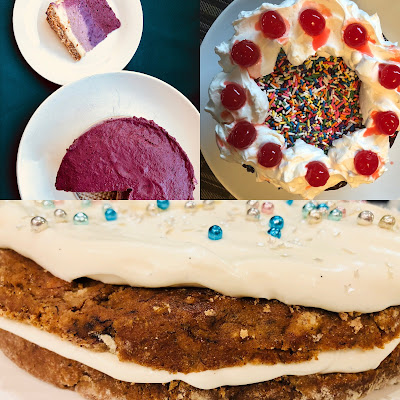 I make time because I love it. Because it's important to me. Because it brings me joy. Because it connects me to my children. Because it allows them to experience food even when they outright refuse to taste it.

My kitchen is a far cry from farm to table. I don't grow or harvest the produce I feed my family. I don't mill the flour. I don't raise the chickens or catch the fish. But by cooking food in an oven or on a stove top, food that I selected and cut and measured, or that increasingly, my children helped me cut and measure, forges a deeper connection with the things we put on the table and in our bodies. Not all of it is healthy. Not all of it is organic or non-GMO. But it's varied and textured and tweaked and adjusted and continuously perfected. 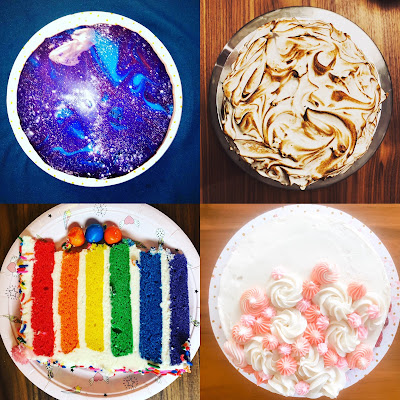 That night – the night of the cooking and baking and talking about gymnastics and clapping over proper utensil form – I'd told my eldest that I'd be making chicken sofrito – aka "the chicken you eat with the beans you like." We were in the car, driving home. She said to me, "oh, that chicken! I love that chicken. Can we have it tonight?" I told her no, sadly, it would have to wait until tomorrow. It takes a long time to cook the chicken perfectly. And then, out of nowhere, she said, "I liked the chicken we had the other night at [friend's] house okay too. I think [friend] is a good cook, but he's not as good as you, mom."

After all the years of fighting the good fight, after all the rejected meals and the "but it smells disgusting!" comments, there's an adventurous eater starting to ripen in there. Maybe not close enough to taste, but certainly close enough to catch a whiff of her future.