A transplant's guide to living in Seattle

These are just a few of the things I've learned during my four and a half years as a Seattle transplant. I'm sure I've missed a ton of stuff, so feel free to add suggestions in the comments. I'll update this post with the best contributions.

It's Pike Place Market, not Pike's Place Market. Just Pike. Not possessive. Mispronouncing this is a dead giveaway that you're not from these parts. 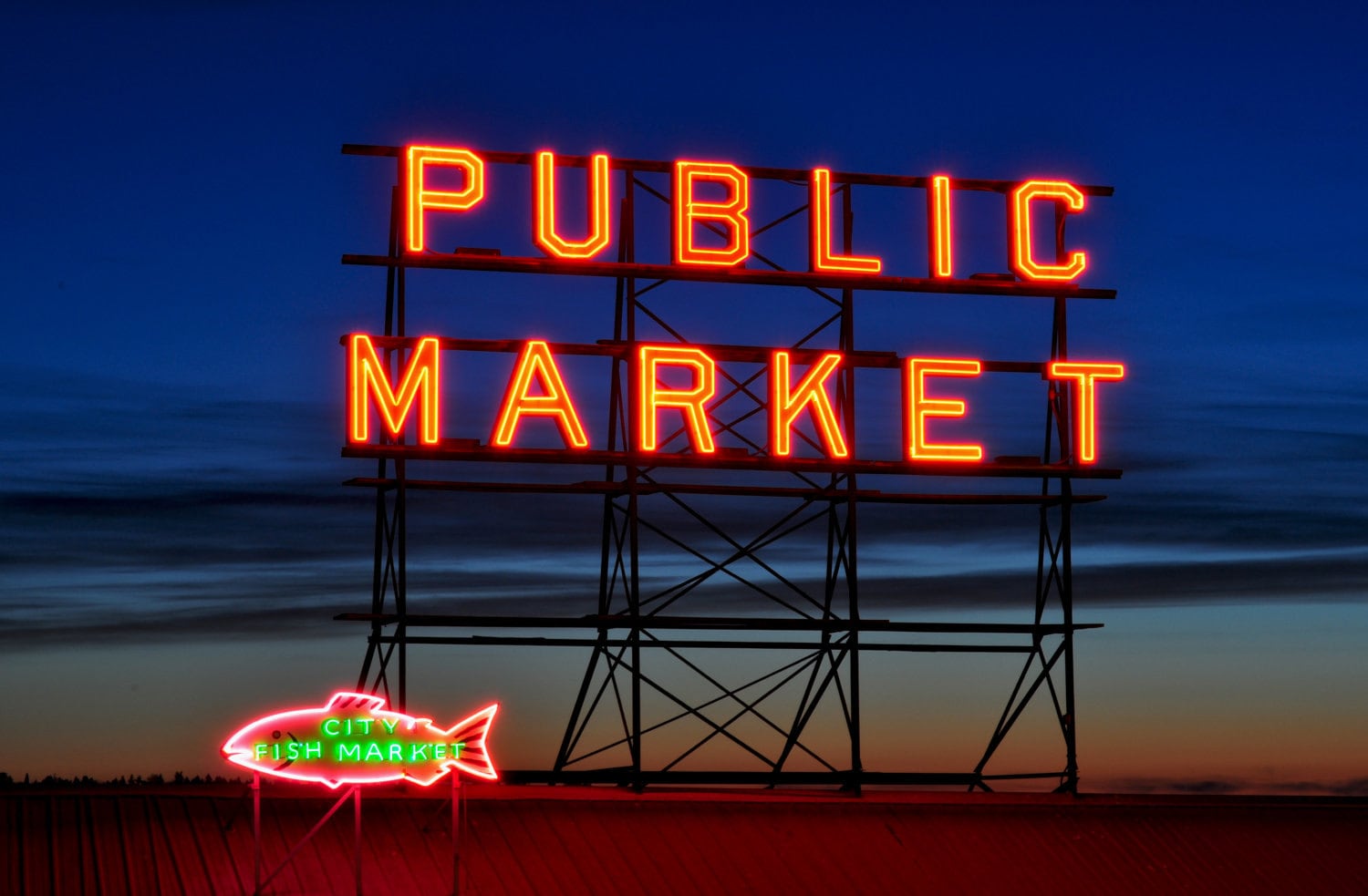 It's Nordstrom, not Nordstrom's. Like Pike Place Market, a lot of people like to add a possessive to the end of Nordstrom. This is wrong. Don't argue. It's just wrong.

Sequim is pronounced "Skwim." Like "swim" with a "k." Really. Yes, I know it's hard to look at the spelling and pronounce the word correctly. Practice. You'll get it. Also, think before you speak.

***UPDATE*** Some are disputing this pronunciation, saying that it's actually pronounced "Pew-all-up" - Pew (as in church), All (as in, "or nothing"), Up (as in yours). Weigh in on the dispute in the comments.

Despite what you might think if you live in Eastern Washington, Washington is not pronounced Warshington. There is no "r," you yokels.

People are super friendly in these parts, right up until there is a possibility they might have to actually be friends with you. Then you can go fuck yourself.

There are two degrees of separation between pretty much everyone who grew up (or has lived for a long time) in Seattle. Don't believe me? Next time you're with a group of people, mention anyone by first and last name. Chances are, someone in the room went to high school with him / worked with her / once hot boxed his car. Ya know.

On Seasons and Weather...

Rain is rare in Seattle. Aggressive mist is quite common.

April "aggressive misting" brings mild May, which turns into "why the fuck is it still cold and raining?" June.

July 5 is the official beginning of summer.

November 1: in other words, "it will now be January until the end of March."

"Fake February" (def.): the one weekend between November and April when it's suddenly 65 degrees and sunny, when the worst traffic jam in Seattle is walking around Green Lake, and when every single Seattlite becomes an in-denial version of Puxatawny Phil.

What do you call two days of rain in Seattle? The Weekend.

Snow (def.), noun: the white powdery substance capable of incapacitating an entire city for a week because the substances used to get rid of it (salt and/or sand) might harm the salmon*.

A vignette, as told by a colleague of Mark's: A friend of mine came to visit Seattle for a wedding. He's from Missouri. As I took him around the city, I pointed out that looking toward the south on clear day, there was a beautiful view of Mount Rainier. To the west, on a clear day, was a gorgeous view of the Olympic peaks. To the east, on a clear day, was the Cascade range. Finally, my Missouri friend looked at me and said, "well, we may not have much, but what we have, we can see." Point taken. 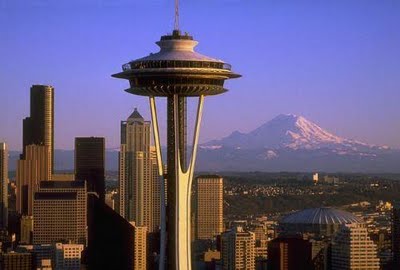 Not all people in Seattle wear flannel. It is not 1990. Kurt Cobain has been dead for 20 years. Grunge might still be experiencing a death rattle over in the U District, but that's about it.

If you want to see women in high heels and dresses (or you're a woman who wants to wear heels and dresses), Seattle is not your city. You need to head to the East Side (Bellevue, Kirkland, etc.).

... unless you head to the enclave of fashionistas known as Nordstrom HQ at 6th and Pine in downtown Seattle. There you can see a wide assortment of girls who couldn't hack it in NYC roaming in their natural habitat.

You can buy your entire wardrobe at REI (right after you climb their wall!)

Seattle natives do not use umbrellas. Oh, you're soaked, you say? Well, that is some aggressive mist, but it's not so bad. Don't be a bitch about it.

*The arrival of the first shipment of Copper River Salmon in Seattle gets approximately the same level of pomp and circumstance that one would expect to see if the Queen of England dropped in for a visit, including an escort from the airport and fervently excited coverage from every local news station.

Teriyaki: a regional cuisine created by Korean immigrants who thought that white people would be more likely to eat their food if they gave it a Japanese name. You cannot find Seattle Teriyaki anywhere else.

Here are the only two sentences you need to know to sound like you know what you're talking about regarding the Seattle food scene: "There are so many Tom Douglas restaurants these days, but I feel like they've really gone down hill. I just love Ethan Stowall though."

Every single person in Seattle has an opinion about which fish vendor in Pike Place Market is best, and they will relentlessly talk trash about every other fish vendor even though odds are it's all exactly the same.

The best place in Pike Place Market to buy fish is Pure Food. Those guys that throw the fish don't know what the fuck they're talking about.

Riding the SLUT won't get you very far unless you need to go from Amazon to Amazon.

SLUT stands for South Lake Union Trolley. The city of Seattle has tried to convince people to call it the SLU. It hasn't worked. Someone really should have thought that one through a little harder.

There is a 50 percent chance Mercer is closed on any given weekend.

If Mercer is open, there is a 100 percent chance that the traffic pattern will be different than the last time you drove on it.

If you are trying to go North-South in Seattle, you have many good arterial routes, including I-5 and Highway 99 that will get you where you need to go. If you need to go East-West, God be with you, my friend.

People in Seattle do not jaywalk. Ever.

Yes, your car can make it up that hill. Don't worry. No, your breaks won't fail going back down it later.

Monorail (def.), noun: that hideous thing running over 5th Avenue in Downtown Seattle on which no one ever actually rides.

3rd & Pine: The epicenter of crazy

Go ahead and play the song Bittersweet Symphony by The Verve to any Seattle sports fan. It's fun.

The only person that Seattleites hate more than Howard Schultze, the man who sold the Sonics, is David Stern, the former NBA commissioner who blocked any attempts to return a team to Seattle.

UW Huskies fans consider Oregon to be the biggest rivalry, and they hate the Ducks. This only makes Washington State fans hate UW fans more.