Make no mistake, Comcast is f*cking you over.

Let me just say right out of the gate, I have been a Comcast customer on and off in varying cities for the better part of the last 9 years. I have power cycled routers, power cycled modems, power cycled cable boxes, and spent countless hours on the phone with "customer service" when those things failed, only to be told (after unspeakable amounts of time on hold) that I should just go ahead and try those things again.

One of the most extraordinary examples of Comcast's "go fuck yourself" approach to customer service came last Spring when Mark and I finally caved and moved from a combo of DirecTV and Wave Broadband to Comcast so that we could bundle our services (for the record, I still miss DirecTV). After nearly half a day of installation time, the install guy left and immediately the internet stops working. It shows the network, but none of our devices will connect. I call Comcast. In nearly 30 minutes, I never actually succeed in talking to a real person. Instead, through an automated system, I am set up with a "telephone service appointment" -- Comcast speak for "please sit in your house for a four hour window so that we can call you at our convenience and tell you to power cycle your fucking router."

The day of our scheduled telephone appointment arrives, and Mark stays home so that he can take the call. Which never comes. After the four hour window has come and gone, I call Comcast, only for them to inform me that this appointment was set-up in error. The problem we are having requires a technician to come out for service. Which means we have to stay home during another four-hour service window.

But this story really isn't about how shit-tastic Comcast's customer service is. It's also not about how shoddy their cable is (oh, my DVR recordings are frequently unavailable, usually exactly when I want to watch them? Thank you!), or how slow the wifi is. This is a story about how dramatically Comcast is fucking you over on your electric bill.

A number of years ago, Comcast started putting two antennae on their wireless routers. One was for the paying Comcast customer, the other enabled Comcast to use the router as an "Xfinity Wifi Hotspot" for which customers and non-customers alike could use for a token fee of oh, about $15/hr. We didn't know about this (no one at Comcast bothered to tell us) until we started seeing a wifi network called "Xfinity" pop up and connect instead of our home network. When we decided, for the hell of it, to try using it, we were notified of the hourly rate. To use wifi. That we are already fucking paying for. Yes, you got it folks. Comcast is dividing our signal so that they can attempt to charge not only random people, but us, their paying customers, for freaking internet. And it turns out, as you can see from the map below of our zip code, that we are not alone. 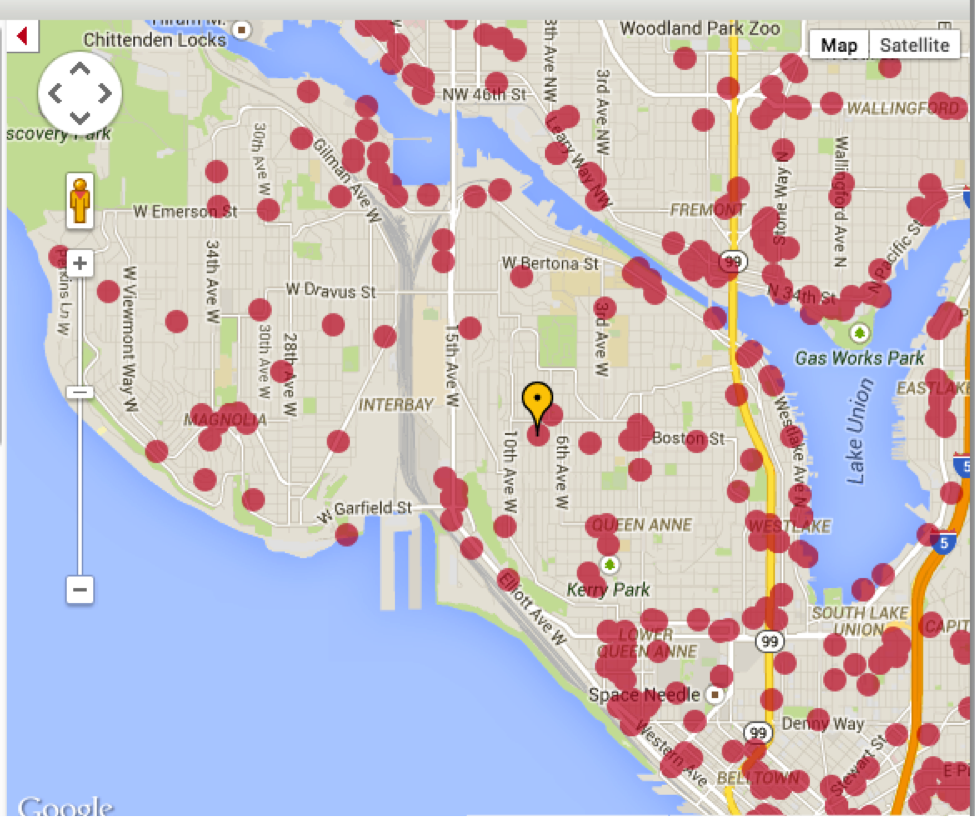 It was at this moment that I decided that we needed to turn our modem and router into a capex cost rather than an opex one and get rid of the Comcast equipment. But we have a baby, and we had a nanny debacle, and a dog and a cat, and full-time jobs. So things like modems and routers tend to fall down the priority list, especially at this time of year.

And then this morning, I'm perusing my twitter feed for interesting tech news (I work in tech), and I stumble across an article in ITWorld on how to disable the Xfinity Hotspot on your router. Clouds part and angels break into the Hallelujah chorus as I see a way to take back just a little bit of the dignity that Comcast has stolen from me.

Then I read the article and realized just how much dignity has been stolen. Because according to this article, not only is Comcast sectioning off bandwidth that I pay for so they can charge other people to use it, this little folly of theirs uses extra electricity. By some estimates, as much as $23 per year in added electricity costs. Which means that not only is Comcast charging me for a service they are deliberately degrading in order to make more profit, I'm paying their motherfucking electric bills.

Naturally, I immediately follow the instructions set forth in the ITWorld article. I log into my Comcast account, I got to user preferences. I click on the "Manage Wireless" icon or whatever it was. And then I get this.

Comcast actually won't let me get far enough to disable the wifi hotspot. I've tried... multiple times. And I keep getting this error message. I'm going to go buy a fucking modem and router this weekend because I cannot take this shit anymore.

Comcast, this is all I have to say to you: