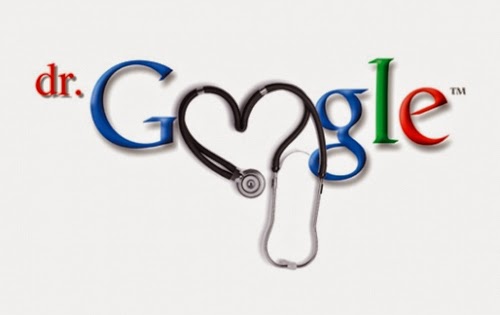 The first few months of 2015 were our indoctrination into the wonderful world of childhood illness. Before you become a parent, one of the innumerable things that everyone tells you is that little kids get sick. They get sick all. The. Time. This particular cautionary platitude was one that I largely ignored. I don't remember being sick a lot as a little kid, and I certainly don't remember being anything close to a total snot monster.

And then Avery got THE EAR INFECTION (cue ominous music). Due to the fact that the ear infection happened to coincide with her cutting her first teeth, her relative lack of fussiness, and our extreme desire not to be the parents that go racing to the doctor every single time the kid looks a little off, it took us a little while to catch it. Put more accurately, it took a case of conjunctivitis for us decide to consult the pediatrician, at which point we learned that the conjunctivitis was resulting from one giant mofo of an ear infection. Put most accurately, we were idiots.

Anyway, ear infection + conjunctivitis = antibiotics. No two ways around it. Dr. S pulled out the big guns and prescribed some something called Augmentin, which is apparently Amoxicillan on steroids (I promise, this digression into antibiotics does have a point).

Days passed. Avery got increasingly good at finding ways to avoid letting us administer the twice daily dose of antibiotics. By the end of the 10 day course, one of us was all but sitting on her while the other wrestled her head with one hand and inserted the syringe into her mouth with the other. (That little digression did not have a point other than humor.)

And then, two days after she finished the antibiotics, the rash showed up.

Now, you need to understand that this was Saturday, February 14 -- Valentine's Day -- the height of the Disney Land measles epidemic. Because the MMR vaccine generally isn't administered until 12 months, Avery was (and still is) unvaccinated against measles. With every news channel and website covered in headlines about measles, and our child covered in a red bumpy rash, you can imagine where our minds wandered. The doctor's office was also closed until Tuesday due to the Presidents' Day holiday on Monday. So I did what any self-respecting parent of the smartphone generation would do. I paged Dr. Google.

I'm just going to come right out and say it. Dr. Google is not your friend. It's pretty easy to extrapolate a rash on your arm (or your baby) into some deadly or incurable disease in a big hurry. Why? Because Dr. Google is the main cog in the wheel of confirmation bias. Input a sufficiently specific string of terms and you will almost always find something that confirms your worst fears. Even though Google is actively trying to make their health-related results more accurate by making sure they are fact checked, it's still pretty easy to find yourself in a sneaky spiral of despair. I know this about Dr. Google, and yet... and yet...

I was already through the Mayo Clinic website and had moved onto a Google Image search for measles when Mark looked at me staring intently at my phone and told me not to Google measles. I looked up at him, then back at my phone.

"Stop Googling. It's not the measles. Little kids get rashes. She just has a rash. Anyway, it's barely noticeable."

This conversation took place sometime mid-afternoon on Saturday. At that time, even after an initial consultation, I had to admit that the rash still looked pretty mild. I put down the phone.

A few short hours later, Mark plunked Avery into her bath and discovered a much more robust rash. What had been, just a few hours earlier, a smattering of red bumps on her chest and cheeks had turned into a widespread and dense rash covering her torso, part of her legs, and her sweet little face. This is what can best be described as the "oh fuck" moment. After a brief debate about whether to go to the emergency room, we decided that we'd proceed with bedtime and then call the on-call nurse. If they told us to go to the ER, we'd wake her up and go to the ER.

After bath, I rocked Avery for a few minutes and then put her down for the night. I returned to our bedroom to find Mark staring intently at his phone, flicking the screen every few seconds to scroll. He looked up. My eyes narrowed.

"Are you Googling baby rashes?"

"Remember when you told me not to consult Dr. Google?"

"Yes... it could be this Roseola thing. Although it does look a lot like measles. "

An hour later, we finally spoke to the on-call nurse. She looked at Avery's chart online.

"Oh, that's probably what it is. Lots of babies get a rash just before or just after they finish a course of that antibiotic."

"So you're telling me this rash that looks exactly like measles is a delayed allergic reaction to an antibiotic?"

"Oh, it's not an allergic reaction. It just happens to some babies. We don't know why."

"Oh, okay then. So she doesn't have measles."

"No, just a reaction to the Augmentin."


We are definitely going to the ER tonight. We are going to the ER because some selfish motherfuckers decided that their kids should get all the benefits of herd immunity without incurring the incredibly miniscule risks of contributing to it. If she has measles, I am going to fuck someone's shit up. I will give new meaning to the words "hell hath no fury." I will go Samuel L. Jackson on these people. I will... wait, why is this nurse asking about the antibiotic? My kid is allergic to the antibio-- wait what? This rash is some random, common reaction to an antibiotic? A common reaction that no one bothered to mention while the country is in the middle of a (completely motherfucking preventable) measles epidemic? Gee, because that wouldn't have been salient information at all... motherfuckers....

Remember that thing I said about Dr. Google and confirmation bias? Yeah, when I searched for "baby rash" not one single thing came up about Augmentin and baby rashes. Zip. Zilch. Nada. Pages and pages of pictures of measles and chickenpox and hand/foot/mouth disease and a bunch of other ugly crap. Nothing about this apparently very common reaction to an antibiotic. That looks exactly like measles.

If you page Dr. Google, just remember that that bitch is not your friend.


Author's note: If you are going to read this post and troll me with your anti-vaxx agenda, knock yourself out. If you could please include your last name, city of residence, and school district so that I can make sure to keep my kid away from yours, that would be super. Thanks a million!