Getting obsessed with songs, inaugural post (One Direction, "Night Changes")

Because this is the first post of this nature, I'm going to have to provide a little context.

One of my most favorite things about myself is that I get obsessed with songs. Not like "yo, that's my jam on the radio!" obsessed, but like "I will listen to this song, on repeat, for days; my feet will march in step to the beat; I will awkwardly rock out at crosswalks (because people in Seattle don't jaywalk!), and in my car; I will sing that shit to myself in the shower, and to the dog" obsessed. That is what I mean when I say obsessed. 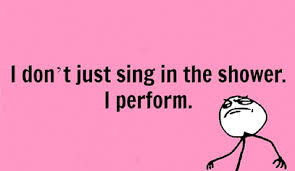 If you think it's narcissistic of me to have favorite things about myself, fine. My guess is that you also have favorite things about yourself, in which case, guess what! You, too, are a narcissist. And if you don't, well, then I'm sad for you. Because having shit that you like about yourself, especially when it's super awkward, is actually really fun.

Acknowledging that I get obsessed with songs (and learning to like this quality in myself) took a long time. I was in law school before I was able to accept it, let alone embrace it. This is, in part, because the songs I get obsessed with are SUPER awkward. Top 40 pop songs, cheesy country love songs, indie-music-that's-a-little-too-emo-for-comfort songs, Taylor Swift... that kind of music. Really. And it wasn't until I was in law school that I realized that pretty much everyone else is obsessed (maybe not to the same degree, but still), with the same songs. I learned this on various road trips with law schools classmates. One listening to Belinda Carlisle (Heaven is, indeed, a place on earth, baby!), and Boyz II Men, and Brandy vs. Monica (no, the boy is mine, bitches) on the way to a ski trip. One with my also-an-atheist friend (you know who you are) during which the two of us rocked out to Christmas music in the middle of February in North Carolina on the way home from a moot court competition.

But the moment when it really hit me just how utterly ordinary (and awesome) my awkward music obsessions are was during Mark's 30th birthday indoor tailgate party. Mark and I put together the playlist maybe 30 minutes before people were supposed to show up, and I was basically just dragging and dropping any song that was played at frat parties when we were in college, or that I assumed would have been played at a frat party any time in the last decade (in keeping with my bad taste, I have many!). Finally, we reached the point where we were dipping back into high school territory. As in, the Back Street Boys, circa 1999: I Want It That Way.

By this point, you must know where this is going. Despite the fact that, had you asked my 14-year-old high school self, I would have told you this was the worst fucking song on the planet, I love this song. I loved it in high school. I love it now. When I was a high school freshman, I would secretly listen to it on repeat in my bedroom and sing it loudly in the shower, only to swear to my friends that it was drivel and Metallica and AC/DC were where it was at. And in January 2014, 15 years after this song first came out, I was insisting that we add it to the playlist for Mark's 30th birthday shindig.

Mark was not super thrilled about this idea. Don't get me wrong. He likes the song. He even acknowledges that other people like the song. But he disagreed that it was the right tone for the party.

Holy balls on fire was he wrong.

At around 10pm, the playlist finally gets to the moment. Backstreet was back! Even though I was the only sober person in the room (pregnancy problems, natch), I didn't really notice what was happening until a friend of ours started singing... "you are... my fiii--rrrree, the one... desiii-rrreee." All of a sudden, another friend joins in, and then another, and then suddenly 20ish 25-30 year olds are fucking belting out I Want It That Way. God I wish I'd had a GoPro to record one of the best "I told you so" moments of my life.


All of this brings me to the original point of this post: my current obsession. The plan, my dear readers, is to make this a semi-regular feature whereby I embarrass myself by exposing my terrible musical taste to the world for your enjoyment.

Listen to it. Love it. Let yourself go. Also, if you think Harry Styles is the cute one, you have horrible taste.