Reminding myself that I don't want an HOA

For those that did not grow up in the suburban jungle known as the "planned community" you may have no clue about HOAs. Let me enlighten you. "HOA" stands for "Home Owners Association." The notion of an HOA isn't a bad one: set up policies about what you can and can't do with your house and yard to make sure that no one does anything wildly tacky, and then enforce those policies. In theory, great. In practice, well, dictatorship.

As my parents have learned the hard way, HOA boards are comprised of people with fascist tendencies who are grasping for any power they can find in the mire of their suburban lives. Would you like to put energy efficient tiling on your roof? Does it look exactly the same as any other roof tile when looking at it from the sidewalk but have a slighty different texture when you're holding it six inches from your face? DENIED. Would you like to paint your trim ecru instead of eggshell? DENIED. You'd like to plant a bush that would put you one square foot under the grass coverage minimum in your front yard? DENIED.

Would the president of the HOA like to place a security floodlight in his yard that turns your bedroom into high noon at all hours of the night? Oh sure, that's fine.

While there are clearly massive downsides to having HOA overlords, there are occasions when you look around your neighborhood and feel a subtle yearning for an HOA.

Like when your hoarder neighbors two doors down have a yard sale every weekend in June, spread their crap all over the sidewalk, and then leave piles of "free" shit in front of their house for months -- free shit including a drawer-less dresser, a broken umbrella, and something that looked like a pile of rags. In other words, trash.

Or when people three houses down on the other side raze a crappy little bungalow (happy), only to build in its place an ultramodern house that looks an awful lot like an office or apartment building in miniature (sad). Ultramodern can work, just not necessarily on a beautiful tree-lined street full of classic Craftsman-style houses.

Or when the rotating door of college renters in the house next door decide to use the back of their driveway as a fire pit almost every weekend, shooting sparks at your house each time the wind blows east. Fun.

Then, there are the times when you see something and immediately look to the sky and say a silent prayer for an HOA. Case in point, the neighbors down the block with a papier-mache business who advertise with monstrosities like this: 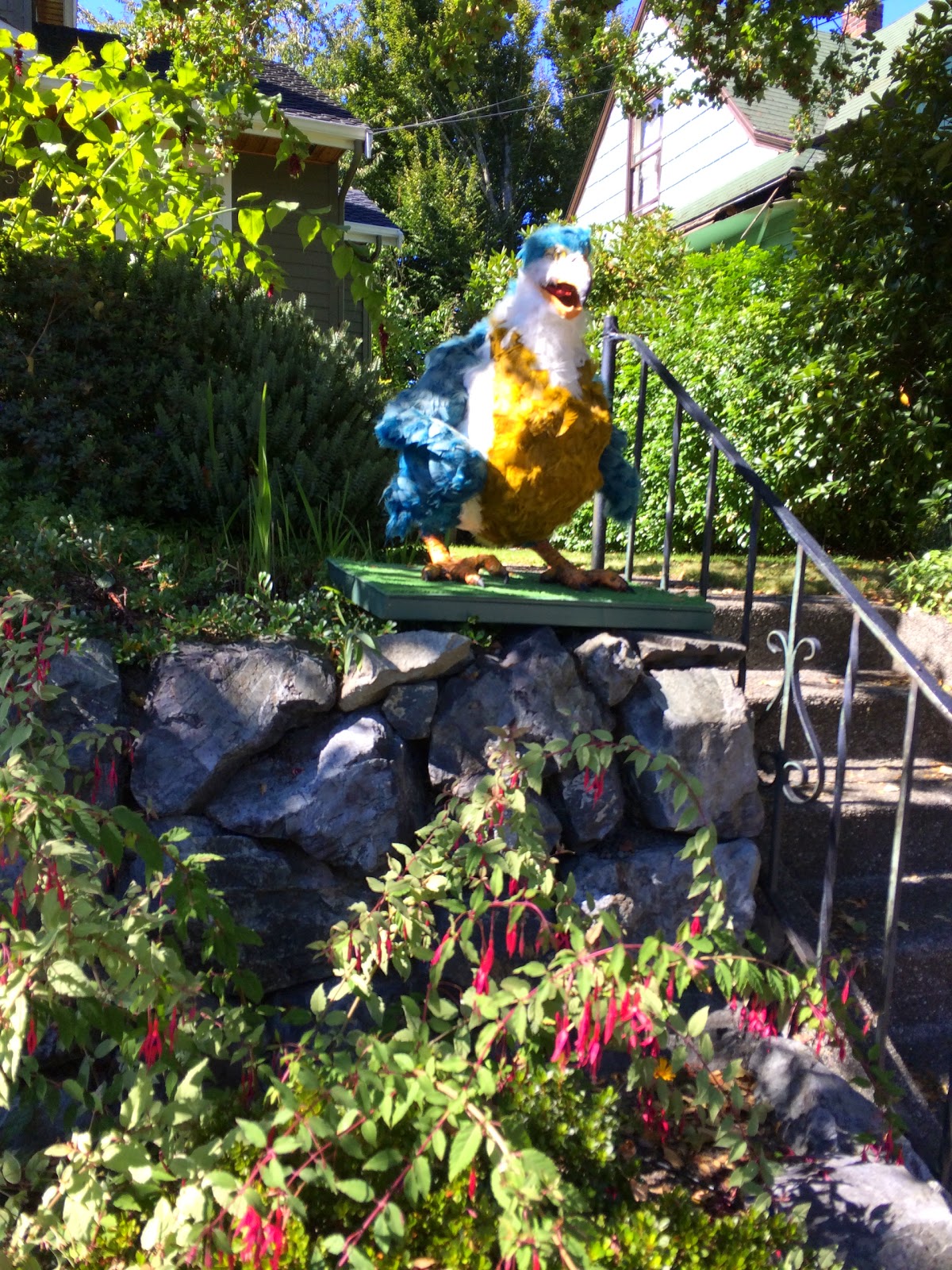 Yes, they actually have that in their yard. Really. I don't know if it's meant to be a Seattle Seahawk or something, but it looks like a hell chicken with an eagle beak. Fun times.